Forget Fedex or any of the flea bay global delivery systems, they are a rip off and just consolodate the freight from the USA to OZ then toss it into the Aust Post system.
Most of the actual retailers ( not Amazon or Evilpay) will know how to ship efficiently.
Jacks Small Engines sent me 6 ride on deck wear plates & 2 discharge chutes and the freight for that was $ 60 US.

civic said:
If you use the sealed bearing method you will need to drill out the adjuster to 3/4 in and if you look hard enough you can find a 1/2 by 3/4 seals. One other thing about the sealed bearings, now when I first start mowing my rear wheels will lock up only on the first pull back. These bearing looked light duty so I added 3 bearings to each side. Now I am wondering if I should not have done that. I bought a pack of ten and I could have put 5 on each side but decided on 3. Not a big issue unless it gets worse. I am still mowing about once every 2-3 weeks. My front yard has started to green.
Click to expand...

Civic, you said, "if you look hard enough you can find a 1/2 by 3/4 seals."
I tried a couple times, and gave up. Any suggestions of where to look "harder?"
C 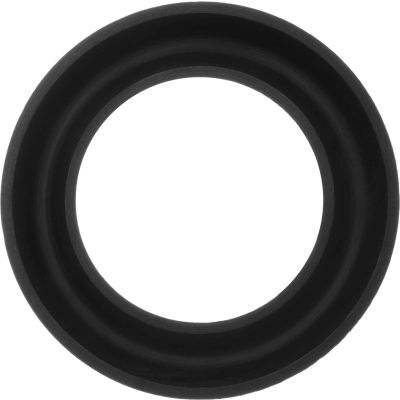 www.globalindustrial.com
This where I saw them. The seals I used I found laying around my junk draws.Sorry for the long delay. I need to check back here more often.
B

Pixburd said:
Civic, you said, "if you look hard enough you can find a 1/2 by 3/4 seals."
I tried a couple times, and gave up. Any suggestions of where to look "harder?"
Click to expand...

McMaster Carr is the go to for things like seals, O rings , Quad rings & the like .
Down side is you have to buy them in packs. some of which are quite large

Just checking back in... Started second season on my HRR2168VKA (2012) with the bronze-oillite bushing setup @ rear wheels with sealed/epoxied dust seals. No issues so far, third mow into this new season.
Last edited: Apr 25, 2021
P

I've cut my yard half dozen times, and the wheels still roll backwards easily.
My initial fix was simply to leave the adjuster alone, shorten the bushing to allow space for grease on both ends, and add a second dust seal on the axle.
S

Westman said:
Just a matter of time before my rear adjusters start locking my rear wheels again since I didn't put oil/grease seals on the wheel side of the assembly(s). I cleaned up my old adjusters and purchased two 1/2"x5/8"x3/4" bronze oillite bushings for $3.75 ea. These slid perfectly into the raceway of the adjusters. No drilling out was necessary. I epoxied the bushings and oil/grease seals on both sides. I used JB Weld epoxy, the kind that sets in 5-6 hrs in case I messed up and needed to wipe off excess, etc. 5 minute set time on most epoxies leaves little room for error that's why I went with the longer setting stuff. I'll set these aside to dry and then re-install in a couple days. We will have three different methods to arrive at a fix. Civic, using ball bearings. Briantii using needle bearings and the bronze oilite bushings I'm using. With sealed bearings/bushings, I expect all three methods to produce good results (fingers crossed). My method may be shorter lived depending on how long the bushings hold up. There will be a 1/4" gap inside the raceway between the seal and the bushing on one side. I'll fill that up with CV2 grease before inserting the axle. That should give the bushing another source of lubrication besides the oil impregnated in the bushing (Oillite). I'll report back once I get these installed and throw in a scale measurement as well. Peace...
Click to expand...

What did you use for seals?
8

Been following this thread for the past month. Neighbor gave me his HRR216K8VKA mower w/ locked rear wheels. Mower is clean, engine runs, minimal rust, unused bagger and mulch plug (manu. date?). Hate to chuck it in a landfill but not entirely certain if running away from it is a better idea.

Pulled rear trans and it spins smooth and freely. Had to torch the plastic bushings...yup, seized to the shaft. Shaft was pitted, corroded and scored between it and the bushing.

Briantii said:
6) Installed grease fittings on the adjusters - Worked awesome for a while, but required constant greasing as the grease would get dirty. Basically I was greasing it almost every mow and the bushings were getting PACKED with gunk. Eventually it just pushed the seals out and failed to do much of anything. It basically got me through an entire season of decent mowing though.
Click to expand...

Kinda like tapping the adjustor and grease fitting idea. If you cut down the Honda plastic bushing a little bit to make room in the adjustor barrel for grease, would that work? Probably need to epoxy the dust seals on both ends of the adjustor to keep them from popping out, correct?

Thank you for posting this thread for the DIYers like me. Could probably just swap everything with Honda OEM parts and flip the mower, but what's the satisfaction in selling something and it being a headache for a buyer after a season or two? Be nice to make it better, IMHO.
8

Pixburd said:
I've cut my yard half dozen times, and the wheels still roll backwards easily.
My initial fix was simply to leave the adjuster alone, shorten the bushing to allow space for grease on both ends, and add a second dust seal on the axle.
Click to expand...

Pixburd- Did you shorten up the actual OEM plastic bushing or are you using something else inside the barrel adjustor on the transmission shaft?